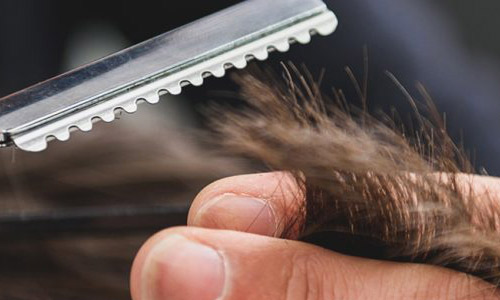 Born and raised in Connecticut, SP is a Master barber currently residing in Myrtle Beach, South Carolina. With almost 15 years of experience under his belt, he has owned three barbershops and graced a few others with his presence. During those formative years, SP also spent 8 years as an equipment operator in the US Navy, Seabees, a reserve unit out of the Tri-State area. He is a true entrepreneur with the clear vision of an enormous dream. During his time in the service, a lot changed with the way in which he viewed life. After moving to Myrtle Beach, he dedicated time to building up a clientele at a local barber shop before deciding it was time to, yet again, go off on his own. It was then that SP decided to open Neptune’s Hair and Beard Company. The name came from a mixture of his desire to pay homage to his fellow Navy Veterans and a product line that he had previously marketed and sold. SP is a naturally giving person and loves to lend a hand to anyone in need.

One particular day, the one that would later prove to be the day in which his purpose became clear, SP was contacted by Sarah; a registered nurse with an unbelievably kind and compassionate heart, dedication to her patients and the one in a million type of person with the a desire to go as far as necessary to provide patients with the best care, was in need of assistance, to her patient, that only SP could provide. Sarah had a patient who was in really bad shape from a construction accident. This young man had been hospitalized for an extended period and, at this point, had no way of getting to a barbershop. Yet, he had one, seemingly simple, request. At the time, SP thought it was going to be this young man’s last haircut, and he knew he had to MAKE IT COUNT! It was a seemingly small gesture that made this young man’s day. His gratitude really made the dream clear to SP. Since that day, SP and Sarah stayed in contact and that day is ultimately what showed SP with the way in which he could give back to those in need; by making a service like this easier to come by for people in situations in which they cannot travel to a barber shop. Nearly 2 years later, The Cut That Counts Foundation was born. It truly is the little things in life that can matter the most!eteran and a college graduate of Alfred University.   Her interests are boating, and she loves living here at the beach.

Chris was born Washington, DC and raised in LaPlata, MD. He obtained a bachelor’s degree in criminal justice from University of Maryland. He subsequently started “day trading” in the stock market after graduation and realized he had a knack for it

Chris decided to move to Myrtle Beach, SC 11 years ago to pursue a career in finance. He became a Wealth Management advisor in 2015. In 2016, when his former barber moved out of town, he was referred to SP.

At one specific appointment, SP shared the story about Victor, as well as his dream for the foundation.

That day was “the cut that counted” for Chris and the necessity for his involvement became clearly visible. The Cut That Counts Foundation is very fortunate to have him as its Financial Advisor.

A graduate of Ohio University majoring in Finance. Craig is a native of Ohio. Craig is experienced at being a corporate staff Accountant and book keeping with Quickbooks/Quickbooks to Online.

Craig loves to spend time watching sports and enjoying his family and friends. He has been married for 3 years to his wife Angie. They have a 2 year old baby girl named Gabby.